In the beginning there was a beach. Until the beginning of the 20th century the people of Holtenau could enjoy their bathing pleasure directly from their own sandy beach. The Holtenau hydraulic engineering inspector Lütjohann then had the idea of building a seaside resort on the beach. It was inaugurated in 1907 and Holtenau had its own contemporary seaside resort.

Until 1992, the bathing operations ran under municipal control. Then the necessary money for the further maintenance was missing and the public swimming in the Holtenauer Seebadeanstalt was over for the time being. In 1997 the city found a tenant for the aging facility. Until 2010, the tenant kept the bathing operations up, offering a limited number of season tickets. But the circumstances change again, the seaside resort was up for sale and was finally acquired by the Lighthouse Foundation.

After extensive renovation, public bathing has been guaranteed again since 2013. The voluntary commitment of the citizens of Holtenau is crucial for the operation of the seaside resort. The circle of friends of the Holtenau seaside resort supports maintainance and the bathing supervision.

The seaside resort has its own website! At www.seebad-holtenau.de you can find out everything about bathing in the Kiel Fjord.

The seaside resort was extensively renovated in 2012 and made fit for public bathing.

An circle of friends voluntarily revives the seaside resort. Together, the friends are planning cultural and maritime events in addition to a year-round bathing.

Admission during the summer season is free. The seaside resort is mainly financed by donations. 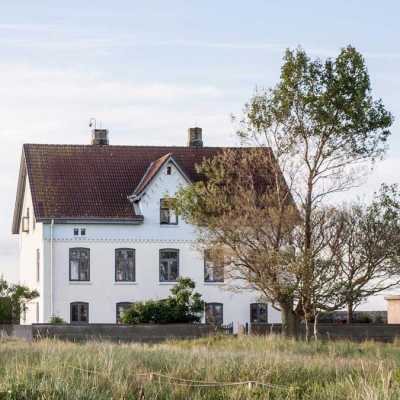