The use of the fjord region by the salmon industry took place without a thought out manage-ment plan on the part of the Chilean state and is overwhelmingly oriented to the interests of the salmon industry. Environmental requirements are either non-existent or loosely formulated. Moreover, the state pays little attention to monitoring adherence to current provisions.

Scientific knowledge of the maritime ecosystem in this region is, even today, still very limited so that an analysis of the ecological implications of issuing aquaculture licenses or proving the damage caused by large scale fish farming is very difficult. At the same time, many of the known negative effects, seen in other fjord regions that engage in intensive salmon farming (e.g. Canada, Norway, Scotland), have already manifested themselves.

The project is an essential part of a wide ranging plan to improve the integrated coastal zone management in the southern Chilean fjords. The main points are:

The project was completed in 2009.

Fish farming around Magdalena Island still is an increasing business, with all consequences for the marine ecosystem. Although diseases such as virus infections (ISA) already affect the region, the companies try to raise the production to recompense their financial losses, especially generated by the farms in the X. region. Increasing of production in the Xl. Region is still favored by the weak governmental control.

The most common and visible infractions were dumping of unused aisles and rests of tubes, as part of the infrastructure of pen nets. Another part of the waste scattered along the beaches was material left by the service companies after farm construction, such as cable reels with steel cables to tie the cages, paintings and unused concrete moorings (blocks of several 1000 kilos).

Apart from all waste on land it turned out that the amount of waste dumped to the sea is much higher than the waste found on the beaches. With the ROV it was possible to identify dumped pen nets, nets for the protection of sea lions, rests or entire aisles, up to a complete platform from a fish farm. Also, it was observed that sometimes fish farms choose an easy way to wash out the bivalves attached on the pen nets. They dump the nets close to a river mouth, expecting that the mussels die due to the law salinity or they dump the nets at greater depths, resulting also in the elimination of the mussels. One most consider that these nets are heavily contaminants due to the antifouling substances on the meshes. The worst observed case was an entirely dumped fish farm (Estero Sur, next to Gala Island in the Jacaf channel). Pen nets filled with fouling fishes inside were scattered over the sea floor. 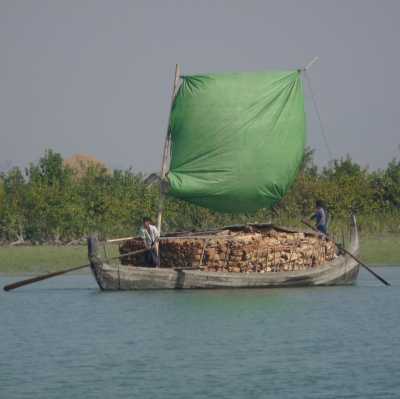